International Investors: Get to the Front of the Green Card Line 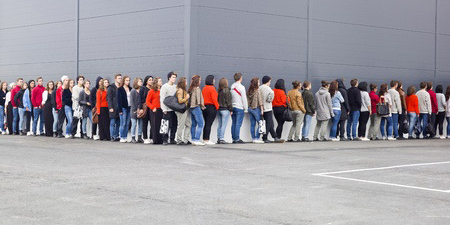 Trying to get a United States Green Card can be a long and arduous process. From the moment you file the initial application to the day you actually receive the card, ten or more years will have passed. But, a less conventional method is growing more and more popular by the day. A federal visa program known as EB-5 allows foreigners to invest in real estate and public or private works projects in exchange for a Green Card.

First introduced in 1980, the EB-5 Investor Program states that a foreigner who invests $500,000 or more in a project that creates at least 10 jobs can, for lack of a better term, get a fastpass to the front of the Green Card line. The program cuts the Green Card process down from roughly a decade to only 22-26 months.

In the last four years, the program’s popularity rocketed more than 350 percent. Many of the foreigners in the program — 80% of whom are Chinese — have invested in projects in New York and California. But, I say they should think outside the box.

EB-5 participants should invest in Houston
While, obviously, Houston is the greatest city in the United States (my personal opinion!), I do have some compelling facts to back it up. 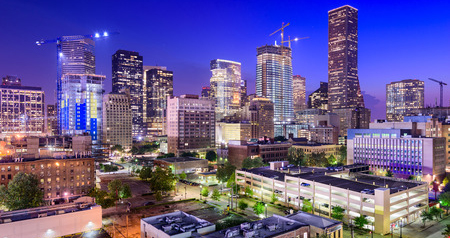 Houston population and demographics
The Bayou City is the nation’s fourth most populous city, with 25% of its residents having immigrated from a foreign country. That ratio nearly doubles the national rate of one in eight. In fact, Houston’s ethnic demographics are 50 years ahead of the nation as a whole. With most of its residents hailing from Latin America and Asia, one-third of Houston’s recent growth can be attributed to immigration.

The strength of Houston’s economy
Twenty-four Fortune 500 companies base their operations in Houston, ranking the city third among metro areas in Fortune 500 headquarters. This means a stronger economy, quickly growing industries, and a GDP that’s expected to more than double in the next 25 years.

The Texas Medical Center (locals call it the Med Center), located in the heart of Houston, is where the world comes for treatment. Eight million people from across the globe visit the center’s 54 institutions – including 21 hospitals and eight academic and research institutions – across its 1,300+ acres every year. (It is the eighth largest business district in the country, after all.)

The center is home to the world’s premier cancer specialist — the MD Anderson Cancer Center — and the world-renowned Baylor College of Medicine, St. Luke’s Health, Memorial Hermann, and many more. The US News and World Report has ranked at least one of the Med Center institutions in each of its “America’s Best Hospitals” 29 categories.

There are 2.9 million jobs in the Houston area, including 91,800 engineers and architects (which is more than any other US metro area). Nearly one-third of the nation’s oil and gas extraction jobs are in Houston, employed by its 750 exploration and production firms and 800 oil field service companies.

The World Energy Cities Partnership (WECP) — a collaboration among 19 energy cities internationally to exchange information and network — holds Houston as its Permanent Secretariat.

Houston has the largest export market in the United States, with $110.2 billion in exports last year alone. The Port of Houston is the largest Gulf Coast container port and is first in foreign tonnage for the nineteenth year in a row, and has been first in import tonnage for 24 consecutive years.

Fifteen foreign governments maintain trade and commercial offices in Houston, helping the city’s foreign commercial ties to exceed 5,700 firms and organizations. Those organizations trade more than 250 types of products and services in more than 200 countries, so that Houston can offer an internationally competitive business environment at a reasonable cost.

Houston’s booming real estate market
The Med Center’s benefits don’t end with the prestige or jobs it brings to Houston. It helps our beloved city boast the largest concentration of researchers, physicians, and medical professionals in the world.

While many academics call the Med Center home, the Galleria area plays host to many of Houston’s luxury boutiques, condos, restaurants, and business and retail centers. Centrally located in the Inner Loop, world-class shopping, dining, and entertainment venues are within walking distance from each other and the area’s luxury high-rises.

The Houston Galleria itself is the largest mall in Texas and the ninth-largest in the nation, with 3 million total square feet of space leased to more than 375 stores, two Westin hotels, a private health club and the Galleria Office Towers (which total 58 floors of office space).

With so many of the nation’s energy jobs in Houston, it makes sense that the Energy Corridor is one of the city’s best places to live and work. Housing corporate or regional headquarters for companies like BP, Citgo, ConocoPhillips, Dow and ExxonMobil, most of the area’s 80,000 residents have a short commute.

As you can see, Houston isn’t only a great place to invest your money; it’s also a wonderful place to call home when your Green Card comes in.